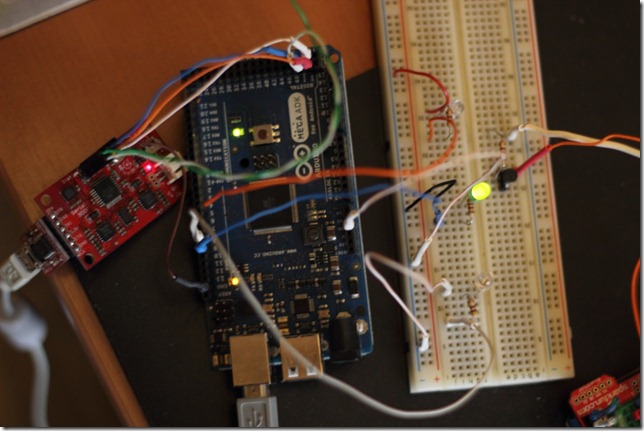 The challenge of mounting your smartphone on the bicycle is much bigger than one would assume. There is one rule though – avoid cheap mounting solutions otherwise the Gorilla glass will have to show its strength. There are few solutions, one of those is using RAM Mount holders which are supposed to be of a great quality and strength. They have a zillion of various combinations of these.

The proper one for my phone and the bicycle is called RAM Mount Adjustable Rugged Universal Finger Grip Holder Cradle for Cell Phone and Smartphone Mobile Devices (product number RAM-HOL-UN4U). What a name, huh? Note that’s just the cradle and it is universal. To mount it on the bicycle you’ll need the proper bicycle mount which goes by name of RAM EZ-ON/OFF™ Bicycle Mount with Dual Strap Base and Swivel Diamond Base Adapter (product name RAP-274-1U). Or even better, buy those two together as RAM EZ-ON/OFF™ Handlebar Mount (product name RAP-274-1-UN4U) to save a few bucks. I bought it from Ram-mount Slovenia.

After assembling and mounting it on the bicycle I have these observations.

That said I didn’t yet take a ride with it due to the bad weather conditions (rain, rain and rain) but it certainly looks to me a very solid solution. The phone won’t fall off the bike, that’s for sure.

Here are few photos of the mounted phone next to the excellent Exposure Strada Mk.3 front light on my Cannondale M700. Now just waiting for the rainy period to finish as I am looking forward to test it. 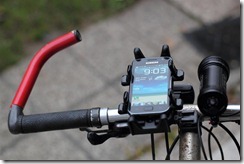 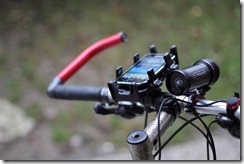 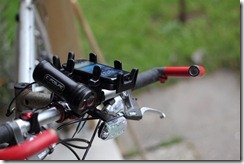 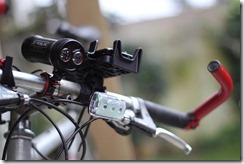 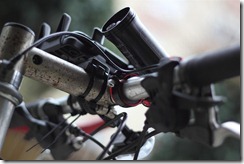 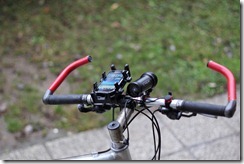 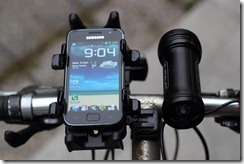 Today I’ve presented .NET Micro Framework to the students of Nova Gorica. I demonstrated running the C# code on Netduino by taking photos (on demand from client) using C328R camera, sending the JPG bytes over the wireless PAN provided by the two XBee Pros and showing the image within the WPF application running on the desktop. It was my first semi-hardware talk and it went fairly well I assume.

Attached are Power Point slides (in Slovene) and the demo code.