RightHand.DataSet.Visualizer is an MDI application that lets you inspect DataSet structure and its data plus tons of other useful operations on DataSet.

Why would I need a DataSet visualizer?

How often does a programmer wonder what data a dataset holds? It is certainly not easy to see the data in regular debugger windows. It is even harder to check the structure of DataSet or find which row has an error or which row has been changed. Or even which column of a row has been changed. If you ever worked with either normal or strong typed datasets you should see what I mean.
That’s why the fine folks at Microsoft introduced visualizers – a debugger feature that makes the inspection of complicated data easier. Even Visual Studio 2005 beta 2 already ships a DataSet visualizer (and some others, such as Text, HTML and XML) which is pretty ascetic. Is there a better replacement? Yes, welcome to RightHand.DataSet.Visualizer, a powerful tool that lets you do almost anything on a DataSet including extraordinary UI feedback.

RightHand isn’t liable for any possible problem that is (in)directly caused by RightHand.DataSet.Visualizer.
At this time there shouldn’t be any such problems.

Thanks to Wouter Van Schandevijl for great feedbackl. As always, feedback is appreciated.

Updates DevExpress librarires
Switches to ILMerge for merging into single assembly
Deprecates 2015 and older. Use existing version.
Only merged assemblies from now on.
Includs PDB file.

Links to new versions will be posted next to version above in what’s new.

Run to a breakpoint in your application, hover over a dataset variable either in editor or in one of the debugger windows (locals, auto, watch, …). Click on the arrow near magnify glass and pick RightHand DataSet Visualizer. Here is an example: 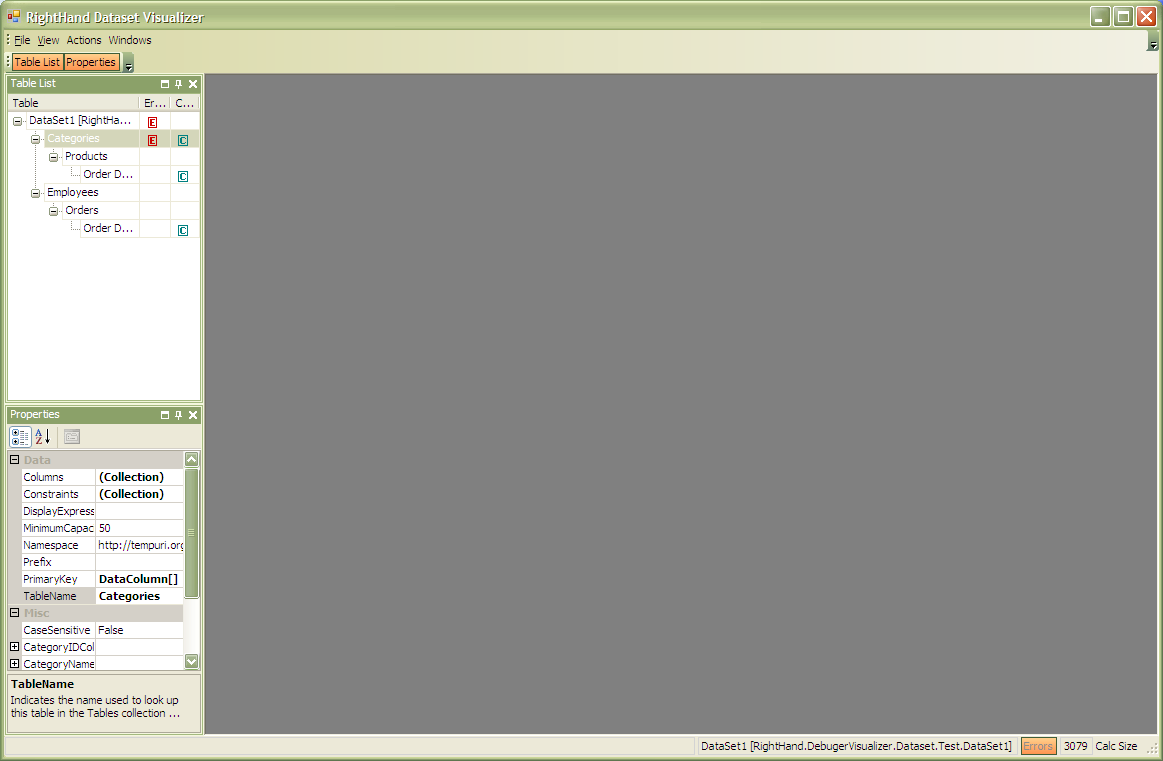 The main screen also provides the ability to either save or load dataset through usage of WriteXml and ReadXml methods. See File/Open, File/Save and File/Save As.. menu items. When you are done using visualizer you can commit changes and exit (File/Commit And Exit) or just exit and cancel changes. 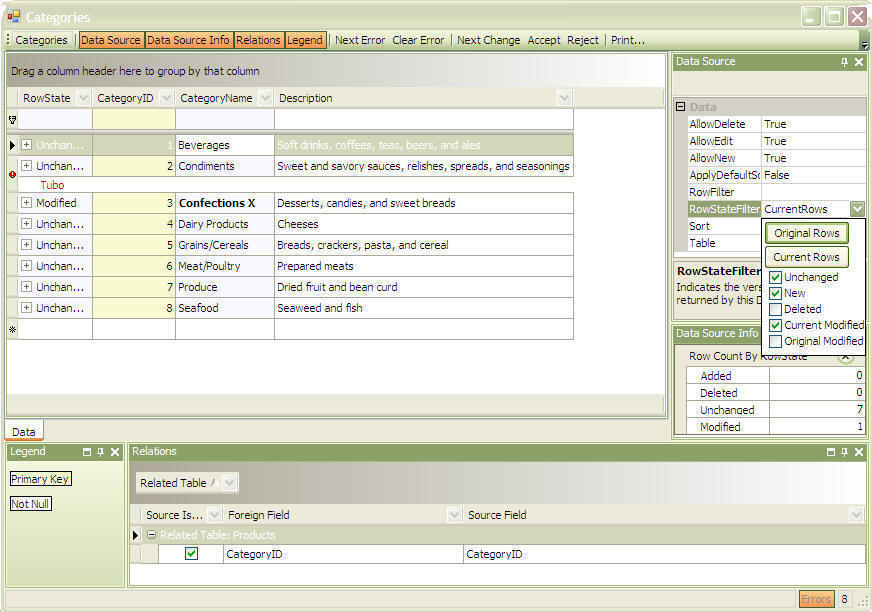 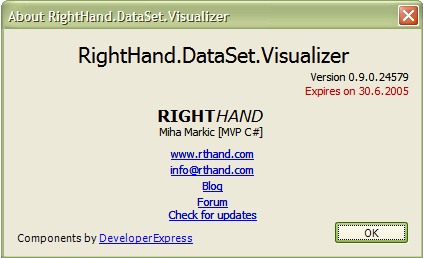 Links:
RIGHTHAND is a .net consulting and software development company.

Are you getting a HRESULT: 0×80131515 when invoking Righthand DataSet Visualizer from Visual Studio like this:

The problem is that OS marked the visualizer assembly as unsecure since it originated from the Internet. The solution to the problem is an easy one. 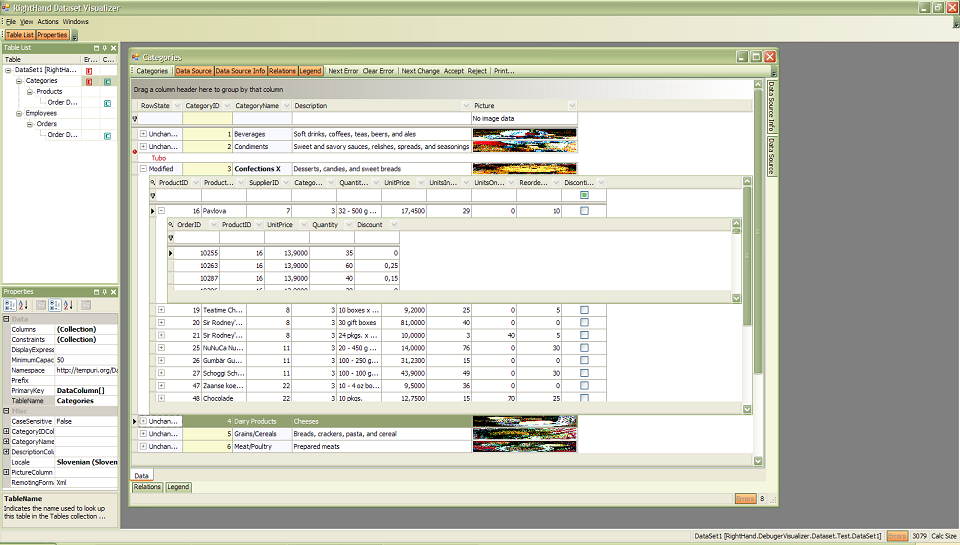 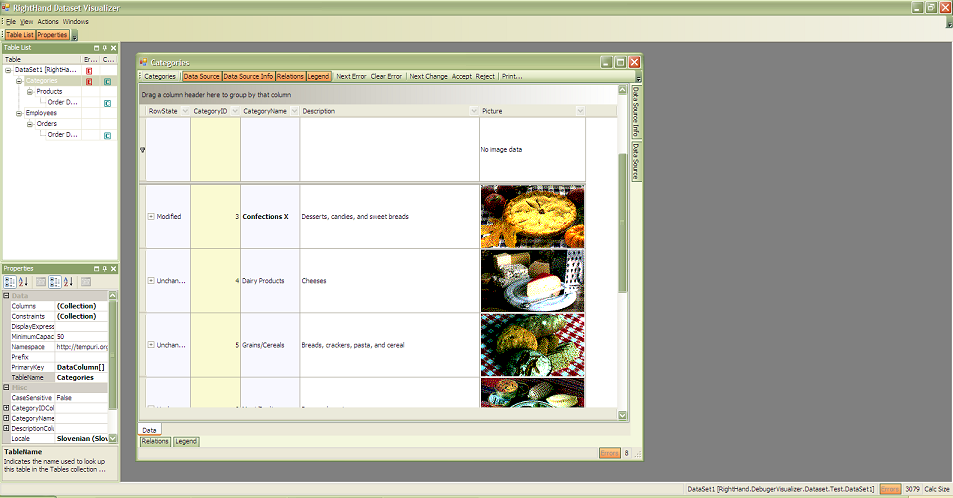 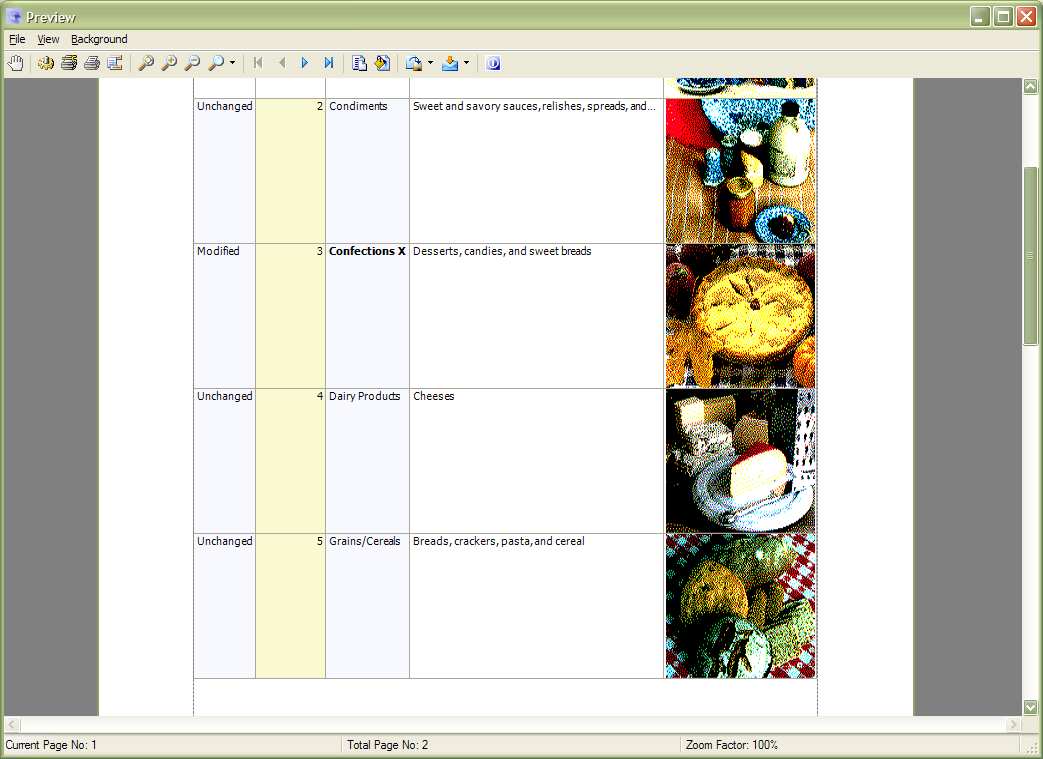