Today I’ve tried to ILMerge a WinForms application that uses a bunch of DevExpress controls to produce a single executable in response to this thread. Just for testing purposes.

The thing is that ILMerge is a console application that requires a healthy amount of command line parameters. Not wanting to type them like crazy, I’ve opted to use ILMerge action within Final Builder that provides an UI for entering parameters (which are mostly long paths to assemblies involved in merging): 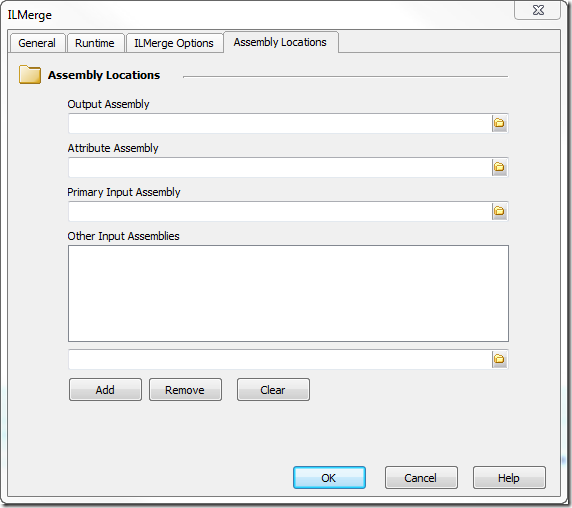 Instead of writing all those paths in command line and figuring out the command line parameters syntax I just clicked few “folder buttons” and navigated through open file dialogs.

Looks like I’ve found another use for Final Builder as well.